"Baby Boy Horry" is the nickname given to an infant found deceased near Conway, South Carolina. The child's mother was identified in March 2020 and has been charged with his murder following her arrest.

Utility workers found the infant's body was found on December 4, 2008, in Horry County, South Carolina, near Conway. The location was in a wooded area off State Highway 544. He was wrapped in a blanket, placed in a Bath and Body Works tote bag, and then into a box. He likely lived between hours and a day after birth; the cause of death was exposure to the cold. He was later buried at a local cemetery, where services were held annually by the local coroner's office.

In 2018, a woman from North Myrtle Beach, South Carolina was theorized to be the child's mother, after she was charged with disposing of her two infants' bodies in 2017 and 2018. DNA eventually ruled her out.

The child's case was submitted for genetic genealogy. By March 2, 2020, his parents were conclusively identified through DNA evidence. His mother, Jennifer Sahr, had since moved to Pensacola, Florida and started a family with her husband (who is implied to not have been this infant's father). At the time of his birth, Sahr was approximately 21 and working toward a degree at a nearby university, where she was recognized for academic honors. Hours after her arrest warrant was issued, she hired a lawyer and drove to South Carolina to self-surrender.

Had she provided shelter and nutritional care, he would not have died, which resulted in a murder charge. There was also a law in place allowing mothers to surrender infants legally at designated locations. A facility of this kind was miles away. 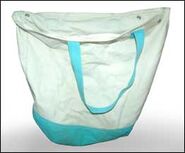 Retrieved from "https://unidentified.wikia.org/wiki/Baby_Boy_Horry?oldid=132864"
Community content is available under CC-BY-SA unless otherwise noted.