“Becca” was a young woman who was found hanging in a motel shower. Her death was ruled a suicide. Despite having a photograph depicting herself, the female was never identified.

In March 2021, a break in the case was announced. The woman may have been from California, and gone by the name “Becca.”

Between 9:30 PM and 11:00 PM on June 3, 1991, a local truck driver named Eduardo Colin arrived at a Super 8 motel in Albuquerque, New Mexico. He rented a room for two people for one night and was expected to check out at 11:00 AM the following day. Eduardo provided legitimate information on the registration slip except for a false vehicle license plate number. Eduardo was given room 233.

On June 5, it was realized that Eduardo had failed to check out of his room, so a security guard went to check the room. He found the room locked from the inside and had to use a screwdriver to get inside. When he got inside the room, he didn't notice anything unusual, apart from multiple alcohol bottles on the table. However, when he went into the bathroom, he found a woman hanging from the shower.

The woman had hanged herself using a suitcase strap and had heroin in her system. She is believed to have died on June 3, the day Eduardo had checked in. The woman was severely decomposed. However, a photograph found on the table is believed to have shown her. The picture shows the woman, along with another man whose motel employees identified as Eduardo. It is thought that this photo was taken in a mall photo booth "just before" her suicide.

It would be several years before Eduardo's family could be located. By the time they had been discovered, he had died several years prior due to natural causes. Eduardo's family was shown the photograph of the pair. They confirmed that Eduardo was not the man in the picture and had no idea who the woman was. 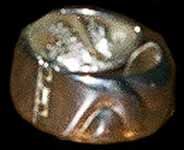 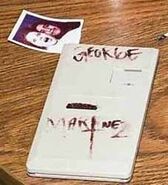