Belinda Ann Cameron (born 1963), who also uses the surname Engen, is a woman who was last seen at a drugstore.

Belinda originated from a First Nations community in Manitoba. She had an ex-husband that she stopped speaking to three years prior to her disappearance. Her two daughters were placed in foster care several years earlier by Belinda's choice, as she wanted them to have better lives.

Modeste Smoke Shop on Admirals Road was a store Belinda frequently visited. She was typically taken to the shop via car by a male friend. An employee of the store recalled Belinda being friendly, outgoing, and would say hello to anyone beside her in line. However, she'd sometimes show up at the store looking lethargic and depressed, presumably because she wasn't taking her medication.

Belinda was at the Shoppers Drugmart on 870 Esquimalt Road, where she was a regular customer, but failed to pick up the medication she was prescribed by her doctor.

Belinda was reported missing to the Victoria Police Department on June 4 or 5, 2005. The man who reported her missing admitted to being in a relationship with her, even though he was already married. He claimed Belinda wasn't a habitual runaway. She supposedly wanted to see relatives in Vancouver, British Columbia and the province of Manitoba, but didn't know any names. A polygraph test determined that the man had nothing to do with Belinda's disappearance.

When police searched Belinda's apartment on 713 Cairn Road, she left behind an uncashed disability cheque and her First Nations status card. It was out of character for Belinda to not have her status card, because she used it to buy cigarettes. 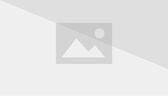 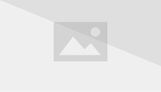 Retrieved from "https://unidentified.wikia.org/wiki/Belinda_Cameron?oldid=131838"
Community content is available under CC-BY-SA unless otherwise noted.