Belynda Kay Tillery was a teenager found murdered in Texas in 1993. She initially disappeared in 1992.

Tillery's partial skeletal remains were discovered in Yellowhouse Canyon, Texas in 1993. The remains had been at the location for about a year before, and the victim had been stabbed at least fourteen times.

After excluding over sixty missing women via dental records, authorities were unable to identify the bones, so they commissioned a facial reconstruction to be made from her skull. Tillery's mother recognized similarities between Belynda and the  forensic rendering in 1996, and dental records confirmed the match. Although she was estimated to have been between 18 and 24, she was only 17. She was employed by a motorcycle gang-owned nightclub as a dancer.

Tillery's boyfriend was convicted in December 1996 of her 1992 murder, which was allegedly motivated by the fact that she was pregnant with his child. He lured her to the canyon with the ruse of a camping trip, where he killed her after they allegedly argued. Karen T. Taylor, who created the renderings of Tillery, testified against the defendant, Troy Armstrong, during his trial. Armstrong filed an appeal in 1997, which was denied. 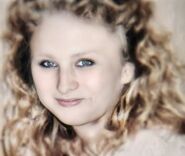 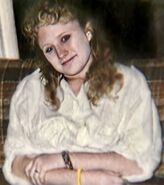