Strangulation
This case contains graphic content that may not be suitable for all readers.

Beth Doe was a female discovered in Carbon County, Pennsylvania in December 1976. She had been murdered and dismembered, and she was also pregnant with a near-term baby girl, whose body was also present at the site where the body was disposed of. Isotope tests revealed she was most likely born in Europe and immigrated to the United States during childhood.

She had also appeared to have been raped, as she had suffered genital trauma, but it is unknown if this happened before or after her death. Her unborn daughter, at about nine months gestation, also died during the attack. A coroner ruled that the victim had died less than 24 hours prior to her discovery, but some estimates state that she could have been dead for as much as a week, and the cold temperatures may have preserved her remains.

After her death, Beth Doe's body was sawed into a total of ten pieces; her torso, alone, was sawed into two pieces. Forensic analysis revealed that the fetus had been removed before the dismemberment took place and that the body had been cut with a fine, serrated tool by someone who was probably not professionally trained in medicine or anatomy, but who still was able to dismember her somewhat competently. 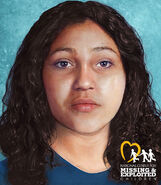 The noses depicted are estimations 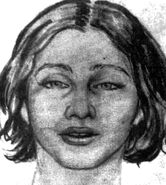 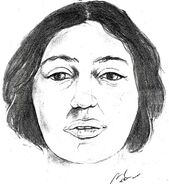 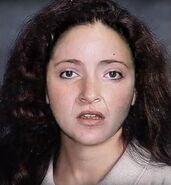 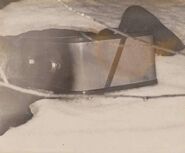 Retrieved from "https://unidentified.wikia.org/wiki/Beth_Doe?oldid=138983"
Community content is available under CC-BY-SA unless otherwise noted.