Bodine or Bodean is the possible name of a woman found in Atlanta, Georgia on October 13, 2002. She is an unidentified victim of serial killer Gerald Patrick Lewis.

The victim's partial skeletal remains were found in a wooded area near Charlie Brown Airport. The bones found included the skull with no mandible, a pelvic bone, a scapula, the right femur, vertebrae, the left clavicle, the sternum, arm bones, and hand bones.

Years after being arrested and convicted, Gerald Lewis confessed to her killing. He told authorities she was a woman possible named "Bodine" or "Bodean" who frequented the Alamo Hotel on Metropolitan Parkway (formerly Stewart Avenue) he encountered around 1993 or 1994. "Before she got in the car she said she had to run in her motel room real quick," Lewis said. "Something about making sure her son was OK." After a sexual encounter, he drove to a dirt pit off a runaway at the airport. He made her get out of the car, pinned her against a tree, raped her at knifepoint, and stabbed her thirty to forty times. Lewis later said, "She didn't even cry or anything. It was kind of strange."

Lewis' statements coincided with the facts the police knew about the crime scene. In total, Lewis confessed to seven murders in Georgia, Alabama, and Massachusetts before his death on July 25, 2009.

The following women have been ruled out as the victim per NamUs: 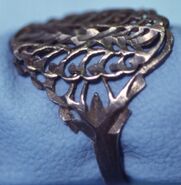