Body 28 was one of 33 known victims of John Wayne Gacy, and one of six who still remain unidentified.

Unlike the majority of the remains, this individual was buried in a grave in Gacy's backyard, opposed to the crawl space of his home. Garbage bags had been wrapped around the remains as well. According to the killer's recollections, the victim was the second confirmed murder, occurring circa January 1974. His range of death is commonly listed between early 1972 and the end of July 1975.

After entering Gacy's home, he was sexually assaulted and tortured. He was killed by strangulation and originally placed in a closet before decomposition prompted his eventual burial. It is unknown where the victim met Gacy, or if he willingly accompanied his killer as a result of the known methods to gaining his victim's trust.

The victim's clothing was noted to have decomposed significantly. 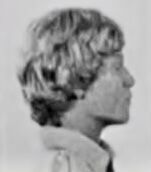 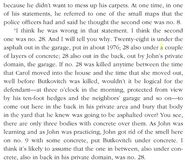 William Kunkle adding his supposition that Gacy's statement his second murder victim killed Jan. 74 was not buried in the crawl space

Retrieved from "https://unidentified.wikia.org/wiki/Body_28?oldid=168520"
Community content is available under CC-BY-SA unless otherwise noted.