Unidentified Wiki
Register
Don't have an account?
Sign In
Advertisement
in: Female, Homicide by beating, 1983 disappearances,
and 16 more

Bun Chee Nyhuis was a Thai-American woman who was murdered in late 1983 by her husband. She was found in November 1988[1] in a shallow grave and was later identified through superimposition after her reconstruction was recognized by friends. Her skeletal remains had been there for 5 years. 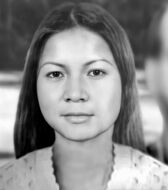 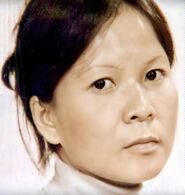