Drowning
(Manner undetermined)
"Cheryl" was a teenager who was found deceased in a river in Nashville, Tennessee in 1976. She may have also gone by the name "Sherry." Following her death under unclear circumstances, a pair of witnesses were located, stating she was traveling alongside a companion to Florida from a treatment facility in Minnesota.

The decedent's body was found in the Harpeth River, within 24 hours of her death. Her pants had been unbuttoned and she was not wearing a top. There were some cuts and bruises visible on her body. Her official cause of death was later ruled as drowning under undetermined circumstances.

An examination indicated that the decedent participated in sexual activity days before her death. It is unknown if this was consensual.

The decedent carried a photograph of a white, blond-haired boy with "Little Charley" written on the back, with a phone number on the back. After authorities called, a 24-year-old man named Charles Moore, from East Nashville, who lived with his father, known as "Big Charley." Moore was not the child in the picture.

Nine days before the discovery, Moore and his brother-in-law picked up the female, who was using the name "Cheryl" or "Sherry," hitchhiking along Interstate 24 with a teenage female described as a slender and white, with sandy-blond hair, scars on her wrists, and wire-rimmed glasses with round lenses.

Both subjects were never identified. They stated they ran away from a treatment facility in or near the Twin Cities in Minnesota. The companion was admitted for being suicidal, and "Cheryl" was reportedly a recovering alcoholic. They claimed to be traveling to Haines City, Florida to meet the companion's husband.

Moore explained he provided the decedent with his name and phone number after dropping the pair off if they were to return to Nashville. As the photograph was the only item to record this information, "Cheryl" used it as a substitute for paper. The area where the body was found was 90 miles from where the pair left the vehicle, which was "the opposite direction" of their intended destination. Police have since excluded Moore and his brother-in-law as persons of interest.

The female's body was later buried in an unclear location, as grave markers had since been relocated at the cemetery she was interred. Dental and fingerprint information was recorded, yet have not linked her to active missing person cases. 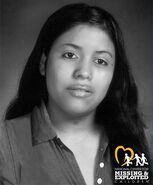 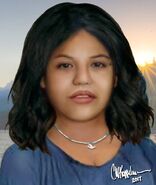 Retrieved from "https://unidentified.wikia.org/wiki/Cheryl?oldid=163631"
Community content is available under CC-BY-SA unless otherwise noted.