Shirlene "Cheryl" Ann Hammack was a young woman found murdered near a Dixie, Georgia highway in 1981. She was identified in January 2020. George Newsome was later convicted and arrested of her murder.

Cheryl had told her family that she had planned to go to the local fair to look for a job along with an individual her family did not know. Before her disappearance, she would call around 3 or 4 times a week.

The last time she was heard from was when she stated to her family that she had met someone and was planning on moving to Texas alone, and she was expected to return at Christmas, telling her family to leave a gift under the tree for her. She never made it in time for the holidays with her family.

She was gone for 3-4 months before her murder. Her family then suspected something was wrong after Cheryl didn't call after a week, as this wasn’t something she would do. Her disappearance was later reported by her mother, after she received Cheryl's wallet in the mail with her driver's license but with no return address.

Cheryl’s body was discovered at a gateway entrance to a cornfield in Brooks County, Dixie on halloween. It was concluded that she had died from stabbing due to a stab wound found on her abdomen, there was also evidence of strangulation on her neck.

An individual visually identified her picture as that of someone who had been working at a fair in nearby Quitman, Georgia a week prior to her discovery.

George Newsome, a 52-year-old fair employee, confessed to her murder and was sentenced to life in prison. He died behind bars in 1988 without ever giving up her name — whether deliberately or from ignorance. Investigators later found rope that had remarkable similarities to the ligature marks found on Cheryl‘s neck. However, Newsome refused to cooperate with authorities about being involved with her death, and escaped from custody a short time after. He was later rearrested in 1983, and confessed to the murder. He claimed he met the woman at a travelling fair in Tallahassee, Florida.

She was later put on display in a local funeral home, in hopes that a individual would stop by and recognize her, but this effort proved unsuccessful. She was later buried inside of a high quality cement casket instead of a wooden coffin, A local family had volunteered to have her buried on their family plot instead of an unmarked grave. When later dug up by Georgia authorities, her body was noted to be in “Remarkable condition“ considering the amount of time that had passed during the murder.

The break in the case came in 2018 when a woman walked into the Brooks County Sheriff's Office after seeing a website posting about the case and said she might have been the unknown woman's childhood friend. Authorities later reached out to Cheryl’s surviving family members, leading to Cheryl’s mother having her DNA taken and then being compared to the unidentified woman, after this it was determined that more advanced testing was needed, so both of the DNA samples were sent to the North Texas Center for Human Identification. After extensive DNA testing was finally done after a year and a half it was finally determined in 2020 that the unidentified woman was proven to be Kathleen Hammack’s biological daughter —Shirlene “Cheryl” Hammack. 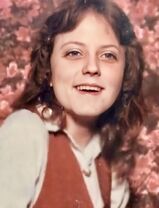 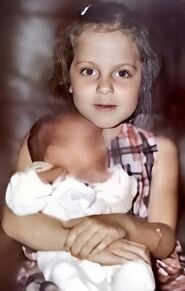 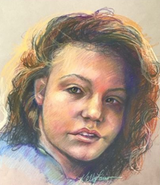 Reconstruction engraving on grave
Add a photo to this gallery

Retrieved from "https://unidentified.wikia.org/wiki/Cheryl_Hammack?oldid=131745"
Community content is available under CC-BY-SA unless otherwise noted.