Cheryl Ann McMillan, known to have used the name "Sherryl Miller," was a woman found unresponsive in a California park in 1968.

In September 2016, sleuthing has uncovered that the woman was likely Cheryl McMillan, from Campbell, California. McMillan used the name "Miller" from a man she was dating and she was known to wear a ring similar to that of the Jane Doe.

Forensic identification could have been impossible due to the fact that DNA was never taken from the body, long-since cremated.

On September 24, it was announced that McMillan was identified as the woman through facial scars and the inscription on the ring she wore. 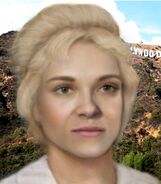 Reconstruction by Carl Koppelman
Add a photo to this gallery

Retrieved from "https://unidentified.wikia.org/wiki/Cheryl_McMillan?oldid=138520"
Community content is available under CC-BY-SA unless otherwise noted.