Unidentified Wiki
Register
Don't have an account?
Sign In
Advertisement
in: Female, Homicide by asphyxiation, 1940s births,
and 11 more

Cynthia Louise "Cindy" Vanderbeek was a woman murdered in 1995 by her husband.

Cindy disappeared from Hunter, New York in March 1995. She had been traveling with her husband, who operated a boating company. She had previously been a successful businesswoman.

Her family lost contact with her months before she was found. At one point, her husband, Steve appeared at her sister's home in Maryland and claimed Cindy was on a business trip in another state.

In April, her sister received a package containing gifts for her son's upcoming christening, yet the clothing was affiliated with baseball when the family was involved with soccer. The signature on the card was obviously forged, which led Cindy's sister to suspect something was wrong.

In May, a jogger found her decomposed remains under a large pile of brush. Authorities could not determine her cause of death (although asphyxiation is presumed) but assumed the case was a homicide based on the circumstances of her recovery. She wore a shirt affiliated with the boating company she ran with her husband, which was seen as the biggest lead in the case.

She was inaccurately believed to be in her late teens to early thirties when she was actually in her late forties. In 2004, a Doe Network member assisted authorities with her identification. Steve Vanderbeek was convicted of her murder in 2005. 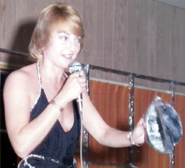 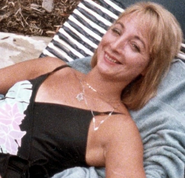