Vehicular homicide
Compton Jane Doe was an African-American teen who was found murdered in 1975.

The unclothed body of the victim was located near a curb on the side of the road. Although the victim had been shot twice in the head, this was only enough to cause her to lose consciousness. The official cause of death was blunt-force trauma to the head, likely as a result of being thrown from a moving vehicle, and according to investigators, she had sustained severe injuries to her face.

An autopsy failed to reveal any drug or alcohol use. Despite the fact that the victim was found without any clothing, she had not been sexually assaulted, leading investigators to question the motive for her murder.

The crime scene is near a freeway, and some investigators theorize that she could have been a hitchhiker from another part of the country.

Image based on low-quality postmortem photograph (Per artist) 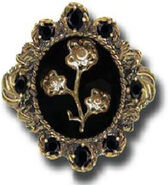