Unidentified Wiki
Register
Don't have an account?
Sign In
Advertisement
in: Male, Homicide by stabbing, People found in Florida,
and 13 more

Cordell Richards was a man whose badly decomposed burned remains were located in a wooded area of northwest Florida a month after his murder. He was subsequently identified within a month of his discovery.

Richards was murdered by three juveniles over a two-day period between February 2 and 3, 1999. After being chained to a tree in the same area where his remains were later located, Richards was beaten with a baseball bat and burned alive. He survived this initial attack, but his killers returned to the crime scene the following day and cut his throat with a meat cleaver. 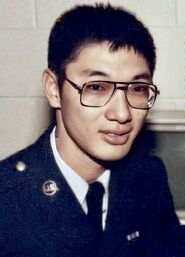