Dawn Marie Birnbaum (1976-March 22/23, 1993) was a runaway who met with foul play after being picked up by a trucker in 1993. Dawn remained unidentified for months after her discovery and was nicknamed "Spring Dawn" (coincidentally similar to her identity) in accordance to the town and time of day she was found. James Robert Cruz was convicted of her murder.

Birnbaum's body was discovered by a passing motorist on March 23, 1993, in Bellefonte, Pennsylvania. Her body was bound with rope and she was killed by ligature strangulation. This was the first homicide in the area since 1980.

She had died at a different location, less than twelve hours before her body was found. Tire tracks nearby were observed and casts were made. Additionally, a single dark hair was recovered from under the rope around her neck, which did not belong to her.

Faint numbers were visible on her left hand written with ink. Her fingerprints and dental records did not match any known missing person at the time she was discovered. The writing on her hand was discovered to be two phone numbers, one of which originated from Florida. Because she wasn't tanned, it was assumed she was from the western part of the country.

Following the autopsy, Dawn's body was photographed and the images were published in local newspapers in hopes that someone would visually identify her.

One of the phone numbers was called, which led to a guidance counsellor who visually identified her. He communicated with her while she was travelling and spoke with her days before her murder. 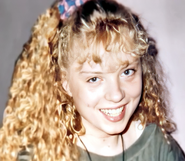 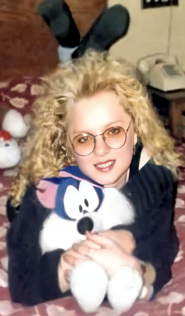 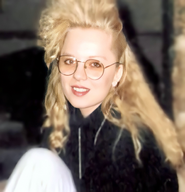 Retrieved from "https://unidentified.wikia.org/wiki/Dawn_Birnbaum?oldid=144902"
Community content is available under CC-BY-SA unless otherwise noted.