Unidentified Wiki
Register
Don't have an account?
Sign In
Advertisement
in: Featured cases, Female, Homicide by strangulation,
and 26 more

Debra Louise Jackson (September 20, 1956 - October 30, 1979), also known by the surname Larned, previously known as "Orange Socks", was a young woman that was found nude, except for a pair of orange socks, which led to her nickname. Henry Lee Lucas confessed to her murder, however it is believed that he was untruthful and his death sentence was commuted to life in prison.

She was identified in August 2019 by the DNA Doe Project.

Jackson's body was found face-down in a culvert along a highway in Georgetown, Texas. She had been sexually assaulted and was strangled. Along with the pair of socks on her body, she also wore an abalone/mother of pearl stone on a ring.

While unidentified, Jackson was believed to have been a transient or a runaway. Strong evidence supported this, as she had keys from an Oklahoma motel, long nails, insect bites (revealed to be impetigo scars post-identification), unshaven legs and a makeshift sanitary pad. She had salpingitis, which was due to having untreated gonorrhea.

One woman called after the case was featured on television and stated she had seen a person matching Jackson's description hitchhiking in Texas. She gave no other information of the victim in life.

Henry Lee Lucas confessed to her murder and was sentenced to death. It was later discovered that police officers from the area had him look at crime scene photos and then confess during interviews, which they would use to gain recognition for solving cold cases. Lucas confessed to over 3,000 murders, including that of Tammy Alexander and Carol Cole. Lucas' death sentence was commuted to life in prison in June 1998, but he remained in prison for other murders until he died of heart problems on March 12, 2001.

At least two men may have been involved in Jackson's murder, as DNA was discovered on the socks she wore. Law enforcement is unsure whether the profiles are strong enough for additional tests.

The DNA Doe Project took on the case in 2018, assisting with its resolution in August 2019. Her headstone was changed to reflect the name "Debra Louise Larned." 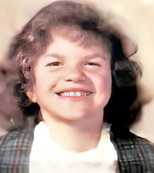 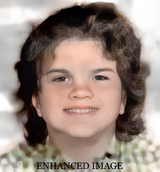 Ring worn by the victim at the time of her death. 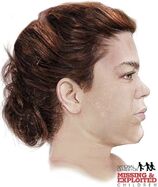 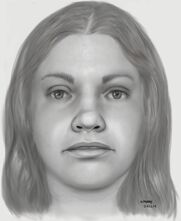 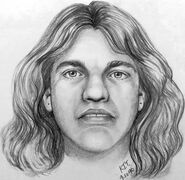