"Dennis" was a child found deceased near a church cemetery in 1999. He received his nickname from authorities who were working on his case.

The body was found skeletonized. The child appeared to have been well-cared for and may have been from either Georgia or possibly northern Florida.

His cause of death was never determined, however, some have speculated he may have fallen ill and for whatever reason, his parents placed him in the cemetery after his death.

In October 1999, a woman using the name "Dawn Anderson" called the coroner's office and stated the child's name was Cabell Brown. It has been stated due to the woman's emotional state as well as the quality of the phone call, the child's actual name could have been somewhat different than what was recorded.

The call was traced to the Florida Institution of Technology in Melbourne, Florida, they were unable to locate someone using the woman's name or any report of a missing boy with the same name. 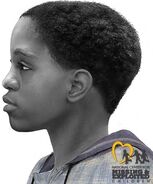 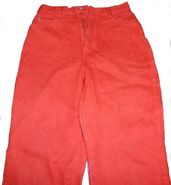 Skull
Add a photo to this gallery

Retrieved from "https://unidentified.wikia.org/wiki/Dennis?oldid=168264"
Community content is available under CC-BY-SA unless otherwise noted.