"Deoung Cheron" is the alias used by a man who committed suicide by hanging in 2003. He is believed to have also used the names "Seng-Dae Park" and "Dung."

The man traveled to Grand Rapids, Manitoba via bus on May 3, 2003. He checked into the Northbrook Inn at either 3:30 AM or PM, under the name "Deoung Cheron" paying in cash, and being given room 7. At 6:00 PM, cleaning staff entered his room to find him in his chair, hanging from a ligature. 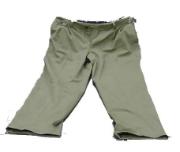 Shoes and medical bag.
Add a photo to this gallery

Retrieved from "https://unidentified.wikia.org/wiki/Deoung_Cheron?oldid=104521"
Community content is available under CC-BY-SA unless otherwise noted.