Unidentified Wiki
Register
Don't have an account?
Sign In
Advertisement
in: Male, Homicide by gunshot, 1980 deaths,
and 11 more

William Everette “Digger” Lane was a male discovered buried in a desert alongside Pamela Duffey. The pair were identified in April 2021; serial killer Howard Neal is suspected to be their killer. 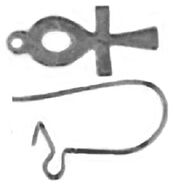