Donna Kay Griffin, also known to use the alias last names of Shelby and Linton, was a woman found deceased in Pennsylvania in 1987.

She was identified in June 2020. She was never reported missing. Her death was originally believed to be a from a heart attack, but this is being reexamined. Police are also looking for whoever dumped her body on the highway she was found in. 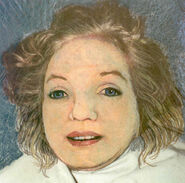