Erica Nicole Hunt was a woman whose remains were discovered on December 18, 2018 in Ville Platte, Louisiana during a search for a missing child. Her partial remains, which included a skull with teeth, were discovered in a field near a barn. Her death is being investigated as a homicide.

She was identified by the DNA Doe Project in February 2021. 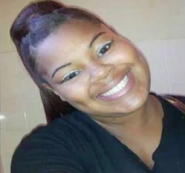 DNA Doe Project placeholder image, as a reconstruction was not created.