Her cause of death was not possible to determine, although investigators believe she was murdered, given the circumstances of where she was found.

Pollen testing indicated she was originally from New Mexico or a nearby state. She had not spent a long period of time in the Midwest.

The frozen and badly decomposed remains of the Jane Doe were found in November 2008. She is believed to have died in the summer or early fall of 2008, based on the availability of the clothing she wore and insect activity.

No cause of death could be determined, based on the condition of the remains. Authorities suspected foul play, as the location she was placed and the lack of footwear suggested.

Extensive comparison was conducted between missing persons of various ages. Over 60 were excluded from the case.

The victim's case was taken on by NCMEC, who released a reconstruction in 2009, as well as images of her clothing. She was later added into NamUs and the Wisconsin Department of Justice.

New renderings were released in 2018, although the frontal versions had been previously released on a Wisconsin missing person site. It was announced the Parabon NanoLabs were working on the case to estimate the victim's race, complexion and eye color, previously unknown from decomposition. The organization also utilizes forensic genetic genealogy. No phenotype report, updated reconstruction or ethnicity estimation were released.

A chemical isotope analysis placed Fond du Lac County Jane Doe in the New Mexico-Arizona area for most of her life, but that she likely resided in region of South West Wisconsin, Southern Minnesota, and Northern Iowa for less than a year prior to her death. In the time preceding these tests, it was believed she was not local to the area.

Jane Doe was briefly theorized being connected to the West Mesa murders, but the law enforcement in Albuquerque have concluded that these two cases are not related nor connected.

In October 2019, her page was briefly removed from NamUs and restored a week later, for unclear reasons. This prompted various sources, including ours, to mistakenly list her as identified. 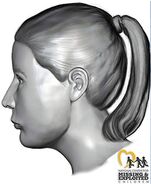 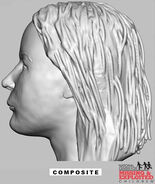 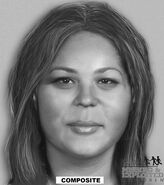 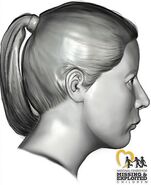 For a complete list, please see her NamUs page.