Fred Paul "Freddy" Laster was a teenager whose torso was found in 1994 in Florida. The rest of his body has yet to be found.

In March 2017, Laster was identified. It was announced that Ronnie Hyde, his foster father, has since been arrested for his murder.

Authorities fear Laster was not the only victim of Hyde. 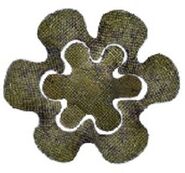 Retrieved from "https://unidentified.wikia.org/wiki/Freddy_Laster?oldid=138582"
Community content is available under CC-BY-SA unless otherwise noted.