Garnett John Doe was a young man found beaten to death in Kansas in 1973. He was reconstructed by NCMEC in 2015. He is occasionally referred to as "Anderson County John Doe." 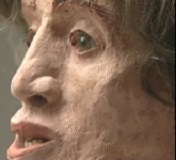 Retrieved from "https://unidentified.wikia.org/wiki/Garnett_John_Doe?oldid=104393"
Community content is available under CC-BY-SA unless otherwise noted.