She was identified in February 2020 by the DNA Doe Project.

Ginger Bibb was born on May 7, 1958, possibly in Houston, Texas. She graduated from Perrytown High School in Perrytown, Texas, in May of 1978. She would live in numerous residences for the next 27 years, mostly in Texas, but also in Florida, and Arizona. The last known place she resided in was in Glendale, Arizona. After 2003, she was never heard from again.

From June 1999 to December 2001, it appeared that Ginger had a serious criminal record. She had run past a stop sign, had overdue licenses, and even been arrested for marijuana and narcotics possession. Most seriously though, Ginger failed to appear at most of her court appearances and arrest warrants were often issued for her, even in 2011. However, it appears that her record had stopped after December 2001, which wouldn't make sense as she had a warrant out for her arrest in 2011, and it's thought she lived until 2003.

Exactly how Bibb vanished is unknown, but her skeletal remains were discovered inside a rolled-up carpet on the side of the road near 43rd Avenue and Baseline Road in Phoenix, Arizona in 2004. Not much is known about her disappearance or death, but the police do believe that Ginger's death was a homicide. She also appeared to have never been reported missing. A $1000 reward is being offered to anyone who can help answer what exactly happened to Ginger. 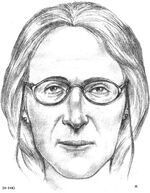 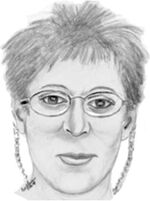 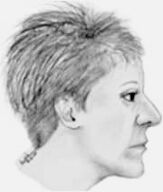 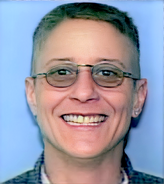 Additional photo of Ginger
Add a photo to this gallery

Retrieved from "https://unidentified.wikia.org/wiki/Ginger_Bibb?oldid=106550"
Community content is available under CC-BY-SA unless otherwise noted.