On October 24th, 1988, the skeletal remains of a female were found in a remote wooded area, off a logging road north of Elma. She is believed to have died no longer than 1982, and she was concluded to have died from a gunshot wound to the head. Her skull figure had pointed to belong to the mongoloid group, but her exact race is unknown.

At the time of her discovery she was found fully clothed with jewelry, along this clothing was a men’s shirt, which is theorized to have belonged to her killer. A reddit user had pointed out this theory and sent an email to the Elma Sheriffs Office, and the shirt was tested for DNA, but the results are unknown. 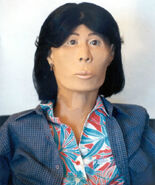