Not stated
Greenbelt John Doe was a young man found deceased in Maryland in 1981. His body was cremated in 1982, but his DNA has since been obtained from a hair sample and submitted into a national database.

The decedent was located in a patch of grass beside the northbound lane of the Baltimore-Washington Parkway by police responding to an anonymous 911 call. His decomposing body was wrapped in a light blue bedspread resembling the type found in hospitals and hotels.

Due to items found on and near his body, police believe he may have been a patient at a local medical facility.

• Signs of malnourishment were evident

• His teeth were noticeably crooked and in incredibly poor repair

• His top front teeth were described as "seriously deformed" 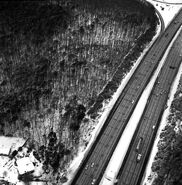 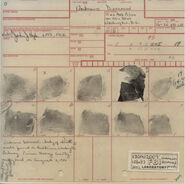 Close up of teeth
Add a photo to this gallery

Retrieved from "https://unidentified.wikia.org/wiki/Greenbelt_John_Doe?oldid=162110"
Community content is available under CC-BY-SA unless otherwise noted.