Jackson County John Doe, also known as Keene Creek Boy was a toddler who was discovered in 1963 in Jackson County, Oregon.

The child's body was found wrapped in a blanket by a fisherman. His cause of death was confirmed as a homicide by the Jackson County Police Department. 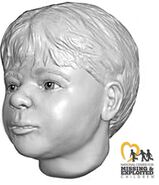 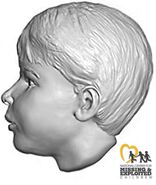 Retrieved from "https://unidentified.wikia.org/wiki/Jackson_County_John_Doe_(1963)?oldid=139233"
Community content is available under CC-BY-SA unless otherwise noted.