Unidentified Wiki
Register
Don't have an account?
Sign In
Advertisement
in: Featured cases, Male, Homicide by gunshot,
and 16 more

In September 2020, he and his companion's DNA was successfully extracted and genealogical research began by the DNA Doe Project. On January 19, it was announced that he and his companion were identified, and they declined to release additional details.

Freund was found murdered, shot three times by unknown assailants. It is believed that the vehicle he was driving was hijacked and the pair were then murdered.

James was seen alive with his female companion and befriended a man who he played pool with. The unidentified man stated his name was "Jock," most likely "Jacques," and was traveling with his girlfriend after being disowned by his father for not pursuing a career in the medical field.

Both victims had a significant amount of dental work, indicating they were upper-class. Both were well groomed and are believed to have traveled through various states, as the female wore jewelry that appeared to be handmade by Native Americans.

During his autopsy and dental examination, it was believed that he had participated in contact sports, such as football and basketball in life, possibly in school or college. His age was estimated to have been between 20-22, although the dental examiner believed he was over 27. 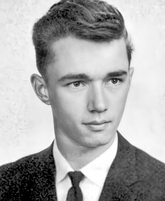 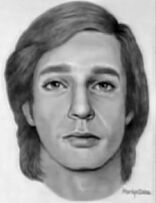