Jason Peter Dilavore (August 3, 1975 - April 13, 2015) was a New Jersey native who was discovered in Yakima, Washington, after committing suicide. He remained unidentified for exactly two weeks.

He disappeared from New Jersey in August 2015; the last sighting of him in the state consisted of his departure from his residence. He had been released from prison three years earlier, after serving time for a series of behavior-related offenses in 2006, reportedly caused by delusions. His mother confirmed that his mental health had affected him for a long period of time.

Dillavore's body was found in the early hours of April 13, 2015, shortly after he hanged himself from a tree at a residence in Yakima, Washington. He had arrived in the state sometime earlier for unclear reasons, having stayed at homeless shelters before ending his life.

Identification through fingerprinting was attempted, but no matches were made, and investigators decided to have a postmortem drawing be created to resolve the case. The director of a homeless shelter he had stayed at assisted with the identification.

Despite his criminal history, employees at the shelters in Washington favorably described him as eager to provide assistance in various situations, and his brother commented in the same way. In addition to his brother, he was survived by three children. The reasoning behind the failure of fingerprint comparison in his case remains unknown, as his prints were likely taken after his conviction in 2007. 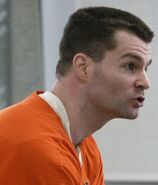 Retrieved from "https://unidentified.wikia.org/wiki/Jason_Dilavore?oldid=153033"
Community content is available under CC-BY-SA unless otherwise noted.