Unidentified Wiki
Register
Don't have an account?
Sign In
in: Male, Cause of death not stated, 1978 discoveries,
and 6 more

This article or section may contain unverified information (or a major statement from a single source) and may not be reliable.

Jean Michael Vincent was a young man whose remains were found in 1978 in Oklahoma. He was identified in May 2016. He had previously been excluded through dental comparison until DNA matched him to the unidentified man.

Vincent had hitchhiked from his home in Ottawa, Ontario to Flagstaff, Arizona with a friend looking for work. There, they parted ways, and Vincent stated he was going to Clines Corner, New Mexico (east on I-40). His remains were found nine months later off of I-40 near Seminole, Oklahoma. He was wearing a Capricorn pendant necklace and Canadian "BeeJays" brand boots, which aided in matching the remains to Vincent.

In 2016, a Reddit user submitted the match despite Vincent's previous exclusion by dental records. A DNA comparison confirmed the identity to be Jean Michael Vincent. 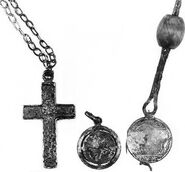 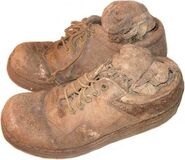