Kenneth Lee Bell (c. 1957 - c. 1979) was a man whose skeletal remains were discovered by a timber crew planting trees off of a private road.

The skeletal remains of a male were found along a steep ravine off a private logging road southeast of Molalla by timber crews planting trees. The decedent had been found with scraps of clothing indicating that the remains had been in the area for a while, with deputies noting that they seemed to have been present before the September 2020 wildfires ravaged the area due to the remains being fire damaged. Detectives soon then began to investigate the case as a homicide.

The remains were identified as Kenneth Lee Bell, who went missing in 1979 while traveling from the San Francisco Bay Area to Washington state to visit family. He was known to frequent the nearby city of Portland, working in the timber industry during the late 1970s. Shortly after his disappearance, he was reported missing by his mother, though she passed before she could know the fate of her son along with his immediate family.

In 2021, he was identified through the personal items found with him by extended family, which was announced to the public by the Clackamas County Sherriff's Office. Investigators believe the death was the result of homicidal violence, and are now working with the extended family and the public to hunt for his killer. 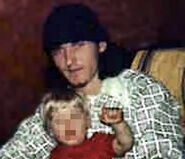 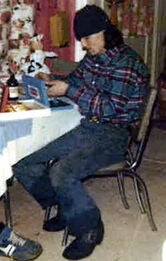 Retrieved from "https://unidentified.wikia.org/wiki/Kenneth_Bell?oldid=161333"
Community content is available under CC-BY-SA unless otherwise noted.