Kirsten Hatfield was a girl who was abducted from her bedroom in 1997. Foul play is suspected in her case. On October 12, 2015, a suspect was arrested after he was linked to the crime through DNA testing. He was convicted of her killing in 2017. Kirsten's remains have yet to be located. 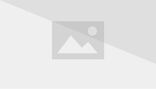 Kirsten age progressed to 18
Add a photo to this gallery

Retrieved from "https://unidentified.wikia.org/wiki/Kirsten_Hatfield?oldid=101963"
Community content is available under CC-BY-SA unless otherwise noted.