Homicide
"Lorraine Stahl" was an alias of a woman found deceased in 1974. She also used the names Sandy and Connie.

On May 30, 1974, the Connecticut State Police received a tip about two murders and dug up a shallow grave in a wooded area behind the house. The decomposed bodies of a man and a woman were found. The man was successfully identified as a convicted bank robber, Gustavous Lee Carmichael.

Carmichael was a serial bank robber and had even escaped custody from jail. He and the woman (who was his girlfriend) used the aliases, Dirk and Lorraine Stahl before their murders on December 31, 1970.

Two men have been convicted for their murders. The unidentified woman was murdered because the two men feared that if apprehended, the woman would divulge details of their illegal activity. Carmichael was murdered, as the two men thought it would be impossible to kill the woman without killing Carmichael as well, as he would likely intervene. 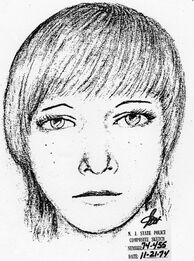 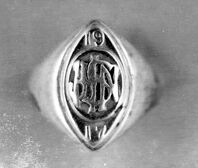 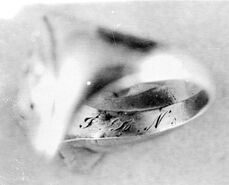 Initials "ILN" on the side of the ring.