Unidentified Wiki
Register
Don't have an account?
Sign In
Advertisement
in: Featured cases, Female, Homicide by beating,
and 20 more

Marie Elizabeth Vaughn (December 6, 1971 - c. 1981) was a girl who was found murdered in a 55-gallon drum with her mother, Marlyse Honeychurch. In 2000, two additional victims were found, who are believed to have died at the same time.

Vaughn was the first of the children to be found, inside an overturned 55-gallon drum off a wooden trail adjacent to Bear Brook State Park. The adult who was also in the drum was maternally related, indicating she was either the victim's mother or much older sister. The two had been dismembered to fit inside of the barrel.

Marie's younger sister was discovered in May 2000, in the same location. She, alongside Bear Brook Jane Doe, had been disposed of inside another barrel.

In 2017, the father of the middle child was identified as convicted murderer Terrence Peder Rasmussen, who is presumed responsible for all four deaths, plus that of his former girlfriend Denise Beaudin. He died in 2010 while serving a prison sentence for the killing of his wife.

In June 2019, Vaughn was identified, along with her mother Marlyse Honeychurch and younger sister Sarah McWaters. The middle child remains unidentified.

Additional photographs of Marie were discovered, picturing her during her birthday party between 1977 or 1979. None of the other children have been identified and the location is unknown. Police are seeking information that may reveal who these potential witnesses were or where they were at the time the images were taken.

Vaughn is buried alongside her mother, with a death date listed as 1981. Sarah McWaters was reburied out of state, according to the wishes of the paternal side of her family. 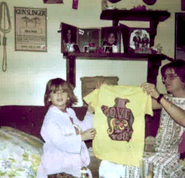 Marlyse with her daughter Marie 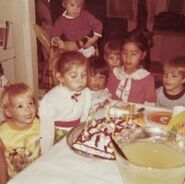 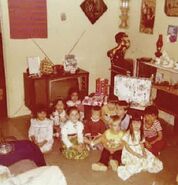 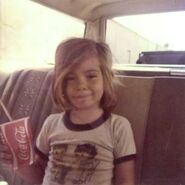 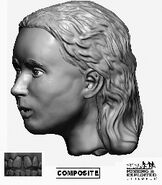 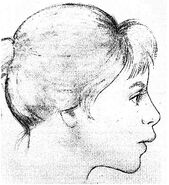 This victim pictured to the back at the far left