"Mary Jane Doe" was a pregnant woman discovered in Indiana in 1992. It is believed she was a transient who died from exposure.

The decedent, nicknamed "Mary Jane Doe," was discovered in a flooded basement by a contractor. The body was wrapped in a furniture blanket. She had died in late 1991 or early 1992.

Foul play is not suspected in her death, as a 1992 examination failed to discern signs of foul play. She may have died from exposure while living as a transient. Authorities possibly tested the remains for presence of drugs, but this information has not been released.[1]

In 2017, her remains were exhumed to obtain dental radiography and DNA information. A facial reconstruction was also created. 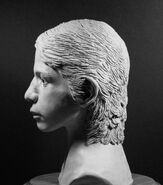 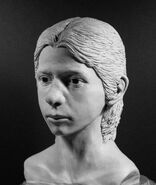 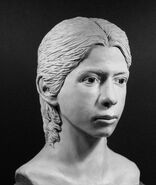 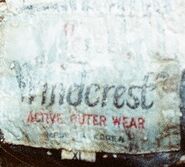 Tag on jacket
Add a photo to this gallery

Retrieved from "https://unidentified.wikia.org/wiki/Mary_Jane_Doe?oldid=139165"
Community content is available under CC-BY-SA unless otherwise noted.