"Mostly Harmless" was an alias of a man found deceased in Florida in 2018. He also used the names "Denim" and "Ben Bilemy."

On July 23, 2018, hikers stopped on the Florida Trail at a picnic table in Ochopee, Florida. They discovered a yellow tent and the decedent's body inside after yelling out and receiving no response.

There was no identification found on the body or at the campsite. The decedent appeared to be living at the park and did not seem to be in good health. He used the name "Ben Bilemy" at various hostels across Virginia, Georgia and Florida. He also used the names "Denim" and "Mostly Harmless". The name "Mostly Harmless" might be a reference to a character in Douglas Adams' Hitchiker's Guide to the Galaxy.

In July 2020, it was announced that the Collier County Sheriff's Office was working with Othram, Inc. to identify the decedent through forensic genealogy. 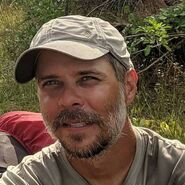 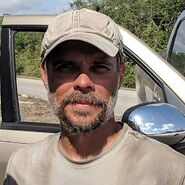 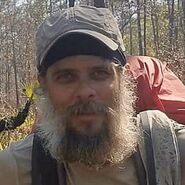 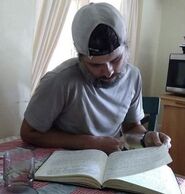 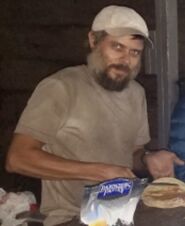 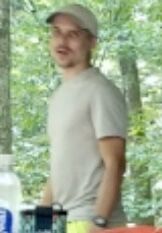 Image taken on December 29, 2017 at Salem Church Road, near the Georgia and Alabama state line. 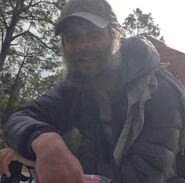 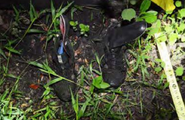 Retrieved from "https://unidentified.wikia.org/wiki/Mostly_Harmless?oldid=130782"
Community content is available under CC-BY-SA unless otherwise noted.