Nikole Kristina "Niki" Bakoles[1], previously known as "Saltair Sally", was a young woman from Washington state[2] who had gone missing in Utah and was later found deceased in Utah. She was identified using "stable isotope analysis". Her cause of death was undetermined, but investigators believe she was murdered.

In 1997, Niki had left Washington and moved to Sandy, Utah, to live with her boyfriend, Joel Chaudoin for his work. The two of them had a tumultuous relationship. Before moving to Utah, she gave her phone number and address to her family to stay in touch.

Niki began using drugs not long after moving to Utah. She returned home to Washington, pregnant and addicted to drugs. After a couple of run-ins with law enforcement, she chose to complete a drug treatment program. Niki's mother, Nancie, said she got clean, and she was "like a new person."

In July 1998, Niki's old boyfriend started calling her and asking her to come back to Utah. Despite Nancie begging her not to go due to her pregnancy, she returned and moved into an apartment with him in Midvale, Utah. In October 1998, Niki gave birth to a baby girl. Niki's family visited her in Utah for the birth of her daughter.

Niki went back to Washington twice in 1999. She went back once and stayed for around a month. She came back again later but appeared to be addicted to drugs and had been recently arrested twice by police in Utah. Her mother, Nancie, stated that Niki's last visit was positive, as she talked about how she was excited to be a mother. The last time Nancie saw Niki was when she took her and her daughter to the airport in October 1999. When Niki went back to Utah this time, she chose not to give out new contact information to her family.

In March of 2000, Nancie learned that Child Protective Services in Utah had been to Niki's apartment. CPS didn't like the conditions that Niki's daughter was living in. Niki last spoke to Nancie over the phone, and Niki said that the next day there was going to be a hearing to determine what was going to happen to her daughter. Niki was upset that CPS had taken custody of her 1-year-old daughter. That was the last time anyone heard from Niki. Niki and Joel were also being evicted from their apartment. Their daughter was taken away and Joel's parents eventually got custody of the girl. Before CPS became involved, Niki and Joel had split up.

Niki Bakoles was last seen on March 15, 2000, living with Joel in a hotel in South Salt Lake. Joel stated they had an argument and that he left. He claims that was the last time he ever saw her. Nobody claims to have seen her alive after March 15.

Niki's family lost contact with her, which they attributed to tension regarding her living situation. Before March 15, Niki and Joel moved around Utah so much that they lost track of her address and phone number. They thought she just needed time to herself because of all that had happened with her daughter. Even though they were concerned, family members weren't sure how to report her missing as they didn't know where she was residing, and they wanted to try and locate her before calling authorities.

Niki's family reported her missing on March 13, 2000. Police investigated but didn't find any clues to Niki's whereabouts. Authorities in Utah say the family didn't officially report her missing until 2003, where she was actually listed as missing. Niki's relatives say they called authorities, first in Washington state, and even hired a private investigator, but they made little headway without knowing her address in Utah or having proof she even vanished.

In 2006, her family found a Seattle arrest for Niki. However, this would later be proven to be a mistake.

Niki's remains were found near the Great Salt Lake in Utah on October 8, 2000. Salt Lake City police were called to investigate a body half-buried in tall grass on the shore of the Great Salt Lake near the abandoned Saltair concert hall, within 100 feet of Interstate 80. Duck hunters had stumbled upon some badly decomposed human remains. All that remained were a skull, 26 bones, and several long strands of hair. Detectives say that it had been there a while, as there was evidence of animal activity.

There was little clothing found at the scene. A necklace/choker with three strands of small blue/purple beads woven into a rope type design was found entangled in her long, waist-length hair. There is mixed information on how the remains were found: some sources say that the remains were just found buried in a shallow grave and that pieces of an extra-large Hanes t-shirt were found close to the bones, but some sources also say that buried in the shallow grave was a large plastic bag containing a white sock, an oversized t-shirt, the choker, bones, a long ponytail, and a human skull. The remains were likely found in a plastic bag though, as investigators claim that the nature of her discovery leads them to believe that it was a homicide.

Investigators, as well as the coroner, believed that the woman had been dead for one to two years before she was found, and that contributed to the difficulty in identifying the remains. The coroner did not realize that salt would cause an unpredictable effect on the decomposition of her body. Salt was a factor in her decomposition due to her remains being found near The Great Salt Lake. Because salt helped her body decompose quicker, the coroner believed that the remains had been there longer than they actually were.

She was called "Saltair Sally" by police. No local missing person reports fit the biological profile of Saltair Sally's remains, and neither the facial reconstruction nor a description of the personal effects yielded any clues to her identity. Eventually, the authorities abandoned their research and the case "Saltair Sally" was closed.

In 2008, the authorities discovered a new identification technique, "stable isotope ratio mass spectrometry" (SIRMS), and they decided to use it for the Saltair Sally case. SIRMS technology involves analyzing people's hair samples to trace where people live. The ratio of stable isotopes of oxygen and hydrogen atoms in a person's hair is related to the ratio of stable isotopes in his or her local drinking water. That relationship can tell researchers about where a person has traveled, meaning hair acts almost like a "filmstrip" of a person's life. A research team recreated a timeline of the final years of Saltair Sally's life. They discovered that Saltair Sally had traveled, especially around the Pacific-Northwest area of the United States. Without this information, it's very likely that Niki's case would still be cold. Niki eventually becoming identified using stable isotope analysis paved way for stable isotope analysis to play an increasingly important role in resolving medicolegal issues over the past decade. Niki's case was the first case IsoForensics used stable isotope analysis on in order to identify an unidentified victim.

In 2011, Nancie came across Saltair Sally's facial reconstruction and was convinced that those remains were her daughter's. She contacted authorities, but police said that the remains were most likely not her missing daughter. They said this because Saltair Sally's height, weight, hair color, and time of death didn't match Niki's description. The main reason, though, was the time of death. The coroner listed Saltair Sally's date of death prior to the year of Niki's disappearance, therefore the police dismissed the possible connection. Niki's family members also noted that all of the facial reconstructions made of Saltair Sally barely resembled Nikole, which only made her identification more difficult than it already was. Saltair Sally also had a congenital defect in her upper vertebra, and it was not known if Niki did. Despite that, Nancie had been fighting with law enforcement for a long time trying to get them to do a DNA test on her because she strongly believed that Saltair Sally was her daughter.

Eventually, authorities compared Saltair Sally's travels in the Pacific-Northwest to Niki's case, and Saltair Sally's isotope analysis showed that Saltair Sally had traveled from Utah to Washington frequently, which fit the circumstances in Niki's case. Authorities then took DNA samples from her mother, Nancie. In 2012, the results came back as a match, identifying Niki Bakoles as Saltair Sally.

Acquaintances of Niki and Joel, or anyone who knew them between 1997-2000, are encouraged to contact the Unified Police Department to aid in the investigation of Niki's death, which remains unsolved. 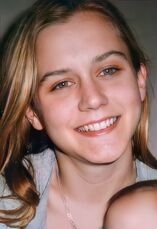 Niki circa October 1999, this photo was taken the last time she visited her mother in Washington. 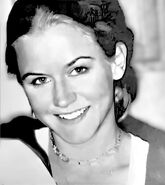 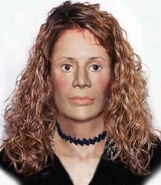 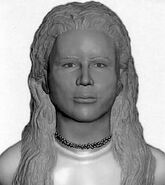 NCMEC reconstruction, recognized by her mother

Retrieved from "https://unidentified.wikia.org/wiki/Niki_Bakoles?oldid=142833"
Community content is available under CC-BY-SA unless otherwise noted.