Norma Pacheco was a woman whose burnt body was found in a wooded area in Government Canyon in April 2019. She was identified two months later.

On April 4, 2019, the body of a woman was found in a field near Government Canyon in Bexar County, Texas. Investigators were hopeful that the body belonged to Andreen McDonald, a woman who disappeared on February 28 of that year. After several tips came into authorities, the woman was identified as Norma Pacheco. Pacheco was not reported missing and her family described her as a drifter and "transient in nature". Investigators have determined that Pacheco's death was a homicide. 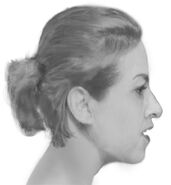 Retrieved from "https://unidentified.wikia.org/wiki/Norma_Pacheco?oldid=138615"
Community content is available under CC-BY-SA unless otherwise noted.