Princess Blue was a teenager whose skeleton was found at the side of a road in Texas. She is known by her nickname due to a blue 1975 class ring that she wore.

Princess Blue's remains were found under a pile of brush and a tire by a man who stopped to relieve himself. She wore several rings, including the class ring that was found. She was likely deceased for around a year, which indicated that the ring did not belong to her originally. Along with the fact that alumni of 1974 that were interviewed from Robert E. Lee high school were not able to identify her. 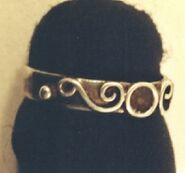 Retrieved from "https://unidentified.wikia.org/wiki/Princess_Blue?oldid=83136"
Community content is available under CC-BY-SA unless otherwise noted.