Gunshot (suicide)
Robert Ivan Nichols, previously known as Joseph Newton Chandler III, or Joe, was an identity thief who later committed suicide in Ohio. It is believed that the subject had been a "violent criminal" who was eluding police since he stole a deceased child's identity in 1976.

He moved to Cleveland, Ohio, and worked as an engineer, before later working as an electrical designer and draftsman for a chemical company, until he was fired in 1997.

He was described as a "hermit" who only left his apartment in Eastlake to eat and go to work. He seemed to have no friends or family. He had attended a Halloween party in 1992, no one thought he would attend, dressed as a 1930's gangster, a party in which he barely spoke with anyone.

His behavior was described as unusual by those who knew him. He would often listen to white noise as if he enjoyed it, had driven 700 miles to an L.L Bean store in Maine, only to drive back home once he arrived, and once went to the doctor saying he had lacerated his genitals after a vacuum cleaner accident. He also built numerous electrical devices, and his computer searches showed that he looked up "Nazism" and "plastic explosives"

After being diagnosed with colon cancer, it is believed that he shot himself in the mouth on July 23, 2002. His body was badly decomposed, because he had turned off the air conditioning, closed every blind in his apartment.

After attempting to find his next of kin, it was discovered that the real Joseph Chandler had died in Texas in 1945 with his parents following a car accident.

The man's body was cremated and his fingerprint records were lost. Tissue samples from a surgery in 2000 were used to obtain his DNA.

In 2016 some evidences were found that the man's real last name may have been Nicholas or Nichols. In June 2018, with the help of the DNA Doe Project, it was announced that he was officially identified as 75 year old Robert Ivan Nichols. The match was made in March 2018, according to the organization, making him the first to be identified using forensic genetic genealogy research.

Due to the fact that he stole a child's identity, it is suspected that Robert was a violent fugitive, and some have even gone far to believe that Robert was the still-unidentified "Zodiac Killer". Police are also investigating a possible link between Robert and the unidentified suspect believed to be responsible for the murder of Amy Mihaljevic. 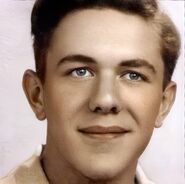 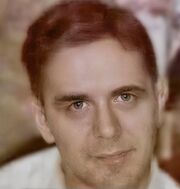 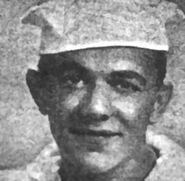 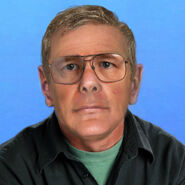 Age regression to 1978
Add a photo to this gallery

Retrieved from "https://unidentified.wikia.org/wiki/Robert_Nichols?oldid=119053"
Community content is available under CC-BY-SA unless otherwise noted.