Unidentified Wiki
Register
Don't have an account?
Sign In
Advertisement
in: Male, Homicide by gunshot, People found in Washington,
and 15 more

Gunshot (homicide)
Rodney Peter Johnson (June 17, 1962 - c. 1988) was a male murder victim found in Washington in 1994. He was identified in August 2020 by Snohomish County investigators and Othram Inc.

It is unclear when Johnson disappeared. His last verified sighting is a brief time spent in jail in late 1987. He was first reported missing to a Seattle based Salvation Army bureau in 1994, followed by an official missing person report to the sheriff's office in 1996. His father recalls his son asking for money over the phone in the late 1980s, likely over legal troubles. Police are looking for information about his camping trips with a girlfriend around 1987 and 1988, and the girlfriend's identity.

Johnson's body was discovered on the shore of Lake Stickney in June 1994 when a group fishermen tried to untangle a fishing line. The body was fully clothed but badly decomposed with tissue having become saponified. Underwater decay takes a long time, and the body had been weighed down through unknown means.

The state of the remains resulted in difficulties ascertaining information such as age and race, leading to different findings and alternate facial reconstructions. An autopsy showed the man had been shot in the head.

He was identified in May 2020 through genetic genealogy. 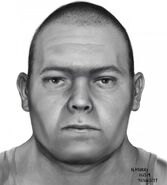 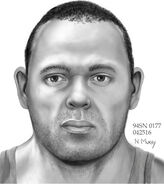 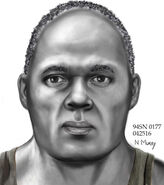