Unidentified Wiki
Register
Don't have an account?
Sign In
Advertisement
in: Female, Homicide by stabbing, Cases with Wikipedia articles,
and 16 more

Shirley Ann Soosay (c. 1945 - July 14, 1980), was a woman found stabbed to death in McFarland, California. She may have possibly used the name "Rebecca/Becky Ochoa". In 2015, DNA evidence linked her to Ventura County Jane Doe (1980), not to each other, but rather to their killer.

She was identified by the DNA Doe Project in April 2021, after her niece recognized the reconstruction as her when she saw it on one of the Project's public outreach announcements. Her identity was confirmed when the relative uploaded her DNA to GEDmatch. Soosay is one of the first members of the First Nations People to be identified through forensic genealogy.

Soosay was found dead in an almond orchard in McFarland, California, having been sexually assaulted and stabbed to death.

Investigation revealed that she may have been from Washington, and may have gone by the name Rebecca/Becky Ochoa. She also may have been employed at an apple orchard.

In 2015, she was linked to a potential suspect and the Ventura County Jane Doe by DNA evidence. Wilson Chouest was convicted of the murders in May 2018.

In February 2020, it was revealed by the DNA Doe Project that she was of First Nations ancestry and had ties to Alberta, Saskatchewan, and Manitoba as well as Montana. One of her ancestors was a member of the Cree nation. 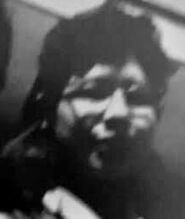