"Smurfette" was a female teenager found deceased in Texas in 2012.

The girl's remains were found inside of two trash bags. Her body was found adjacent approximately 20 - 25 feet from a gated driveway.

It is unknown how she died, yet homicide cannot be ruled out. There were no signs of trauma on the body, except for the fact her hands were missing.

She was nicknamed "Smurfette," for the tee shirt she wore, which depicted the cartoon character of the same name. 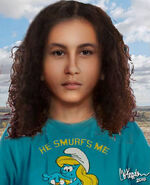 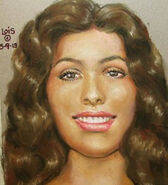 Retrieved from "https://unidentified.wikia.org/wiki/Smurfette?oldid=120273"
Community content is available under CC-BY-SA unless otherwise noted.