Steven Lee Knox was a male located in the Snohomish River in 1980. His death remains undetermined, but ruled as an "apparent drowning."

He was identified in July 2021 with assistance from Othram Inc.

The decedent was found in the water near the Dagmars Marina about three months after his death. He had eaten some form of a potato-derived food not long before. The circumstances surrounding his presence in the river are unknown. 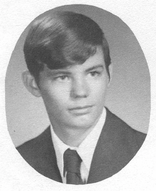