Unidentified Wiki
Register
Don't have an account?
Sign In
Advertisement
in: Featured cases, Female, Deaths by vehicle accident,
and 12 more

Suzanne Marie Sevakis (also referred to as "Sevakig") (September 9, 1969 - April 30, 1990) was a young woman who was kidnapped at four by her mother's 3rd husband (Franklin Floyd). He also took her two sisters and 1 year old baby brother, Phillip Brandenburg. The sisters were left at a children's home, and Phillip was located alive after a DNA test confirmed his identity in 2020. Floyd later raised her and eventually married her. Suzanne's son, Michael Hughes remains missing since 1994. Floyd was also convicted of the murder of Cheryl Commesso.

When Suzanne's mother was released, two of the children were placed in foster care, but Suzanne and her brother, Phillip Steven Brandenburg, were missing, presumably abducted by Frank Floyd.

Suzanne's mother attempted to file a missing persons report, but was denied due to the fact "Brandon Williams," (an alias used by Floyd) had all rights to take the children. Suzanne's brother was located alive in 2020.

Investigators found sexually explicit photos of Suzanne in Floyd's pickup truck, which has led them to believe Suzanne was sexually abused by Frank. There were also photos of another female child who was sexually exploited, and there were 16 other photos of an adult female tied up and beaten to death. Suzanne used many aliases throughout her life, such as "Suzanne Davis."

Suzanne moved throughout multiple places around the United States with Floyd, including Georgia, Arizona, and Oklahoma. She attended three different high schools in her life, from Arizona to Georgia. Suzanne was accepted into the Georgia Institute of Technology.

Floyd and Suzanne got married in 1989, and their wedding took place in New Orleans, Louisiana. They both used fake names "Tonya Dawn Tadlock," and "Clarence Marcus Hughes." Floyd always claimed to be her biological father, but DNA tests revealed they were not related.

In April 1990, Suzanne's co-worker from a strip club told her she should leave Floyd to avoid her death, and run off with her child. At the time, Suzanne had a secret relationship with Kevin Brown, who was the father of her son, Michael Hughes. The two eventually ran away with Michael.

Later that month, three passerby found Suzanne's body lying on the side of the highway, outside of Oklahoma City. There was a large hematoma at the base of her skull. Groceries were scattered around her which led authorities to believe she was grocery shopping, and then pushed when she was attempting to get to the Motel 6. The authorities investigating only surmised that it was a hit and run, but it was never confirmed. Floyd is the prime suspect in the death of Suzanne.

Suzanne was positively identified in 2014 through DNA analysis. Kevin Brown stated he would take custody of Michael if he was found alive. Sadly, it is believed Michael Hughes is deceased, and was murdered by Frank Floyd. Floyd remains on death row. Suzanne's death, and her child's disappearance remain unsolved. 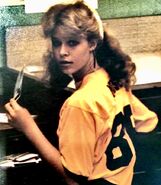 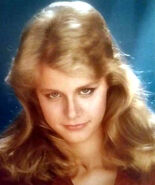