Unidentified Wiki
Register
Don't have an account?
Sign In
Advertisement
in: Female, Homicide by gunshot, 2019 discoveries,
and 8 more

Takaylah Tribitt was a teenager who was discovered in Indiana in 2019. Following the release of her reconstructions, a tip was submitted by potential friends and family members. She was identified in October of 2019 and her identity was publicly released the following month.

Following the release of information surrounding the case, a potential match was suggested by the family of a young woman who hadn't made contact with them for several weeks.

Family and friends of Takaylah Tribitt, 14, voiced a possibility she was the unidentified teen. She disappeared from West Town, Chicago on September 1, 2019. In November 2019, it was revealed to that the female was indeed Takaylah Tribitt.

In November 2020, a man from Illinois was arrested in connection with Takaylah's murder.

Eye color is an estimation

Eye color is an estimation 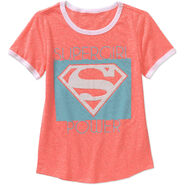