Tina Len Cabanaw was a woman whose nude body was found in a field northeast of Angola, Indiana on September 6, 1999. 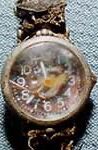 Retrieved from "https://unidentified.wikia.org/wiki/Tina_Cabanaw?oldid=138620"
Community content is available under CC-BY-SA unless otherwise noted.