Homicide
Trinity Love Jones was a young girl who was discovered partially inside a duffel bag at the bottom of an embankment on a hiking trail in Hacienda Heights, California in 2019.

Investigators believe that she had been deceased up to 48 hours prior to being dumped at the location and it is unknown if she was alive before being placed in the bag.

On March 5, 2019, Jones' body was discovered inside of a black duffel bag. Workers landscaping the nearby hiking trail in Hacienda Heights reported that her body was 'partially inside' the bag. It is theorized that the child had been placed in the bag and was pushed off a roadway embankment, and had not died at the scene. It is estimated that she remained in that position for 24 hours until she was discovered. According to law enforcement, there were no signs of trauma to her body.

Initially, her death was considered suspicious but after conducting an autopsy, it was ruled a homicide. It is not known at this point what led to the ruling of homicide and the cause of death is being withheld.

Her mother and her mother's boyfriend have both been arrested in relation to Trinity's murder. They have both pleaded not guilty.

It has been revealed that in the months prior to her death, Trinity was abused and neglected by her parents, and had many injuries to her body when she was discovered. 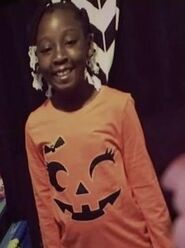 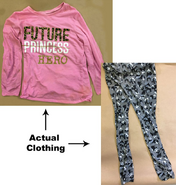 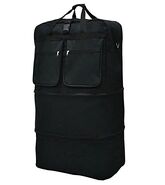 A reconstruction of the suitcase