Ulster County John Doe was a man found murdered in 1970. He is believed to have been from Portugal.

The decedent's remains had been discovered by children sledding in the snow on the day of February 1, 1970, where his body was found frozen inside an embankment. It has been noted that he had been shot 4 times in the head, probably days prior to discovery. A watch found on his body was traced to Portugal, thus indicating that he was probably a Portuguese native. 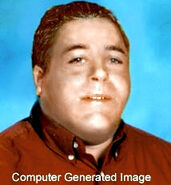